This week’s movies feature the return of James Bond, a great Disney animated movie NOT made by Pixar and a companion piece to Watchmen that most people will have no idea why it has the Watchmen name splattered all over it.  Oh, and Rob Schneider’s lastest ode to suckage.

Sure to be mispronounced over and over or just known as “the new Bond movie” by those who can’t pronounce nor understand what “quantum” or “solace” means, the new Bond movie is sure to be a huge hit on video. Fuelled by revenge against those who were responsible the death of his would-be girlfriend (though she was the one who did the killing), Bond finds himself caught up against an evil eco tycoon. The battle over water begins now! The action is great but the story is muddled and hard to follow, leading you to wonder why exactly they are doing what they’re doing. Casino Royale was a great movie and any Bond movie coming after it was going to have a hard time to one-up it. Though after watching this, they didn’t try very hard.

Shaun sez: Decent over-the-top action movie, but doesn’t live up to what the previous Bond started. 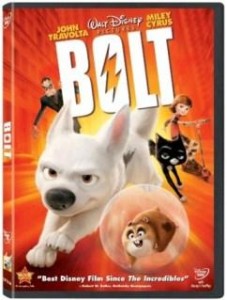 A TV superhero dog accidentally gets dragged across the country and has to race back to his master all the while thinking he still has powers in the real world. The real world promptly smacks him in the face. Disney hasn’t exactly had a great track record as far as animated films go lately (aside from Pixar) but now that the head of Pixar is the head of Disney Animation Studios, things seemed to have changed. Bolt is a great movie and definitely worth watching with your children. Or if you don’t have kids, just pretend you’re a kid and suck on your thumb with your blanky like I did…..er, shit. 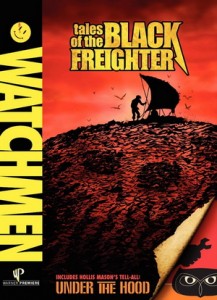 If you’ve read the comics, this should be familiar to you as the comic within a comic featured throughout the…comic. OK, graphic novel, you fucks. Aside from some vague parallels to the events and characters in the Watchmen comic/movie, this is a stand alone animated short that most people will have clue how it relates at all to Watchmen. I know I don’t. However, this short story makes for a gruesome pirate tale. Yes, pirates! Awesome already, isn’t it? After surviving the destruction of his ship at the hands of the Black Freighter, a captain goes to some pretty ridiculous lengths to get back to his home town and warn them of the danger on its way. Disgusting scenes ensue.

Shaun sez: Short but very cool. Most people will be scratching their heads as to why the “Watchmen” name is all over it though. 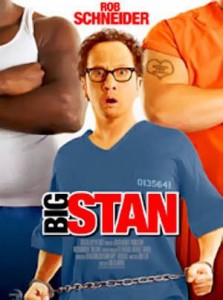 Anyone who rents this, I will personally hunt down and gut like a fish.  Cool?