Learning Baseball with The Usual Suspect

I love baseball.  Plain and simple.  It’s such a simple game at the surface, but if you want it to be, it can be very complicated.  And it’s complication is awesome.  On the other end of the spectrum… I hate math.  I always did alright in High School, but I didn’t take any math classes in college (unless programming counts?) and thus, the end of my caring of numbers (as a communications major, I don’t have to deal with them.)  That said, watching baseball a lot, questions start being asked.  “Why can a pitcher give up 6 runs, have 1 strikeout and walked 5 people and still be given a win since the offense was the group that scored 8 runs?”  and “Why can’t walks count towards anything?” and so off to the internet I go.

Turned out I wasn’t the first person to ask these questions.  Hell, I was about 10 years late to the party.  That was the good news.  The bad news was that to get my questions answered and to learn a great deal more about baseball… it goes back to math.  Statistics and math (is that redundant?).  Regardless, I dove in and started learning a whole shit load of stuff.  Stuff I would have never knew about.  In continuing to read up on all this, apparently a LOT of people don’t agree with these “advance” statistics because it can make people turn into robots and not enjoy the game.  FALSE FALSE FALSE.  On the internet, everyone is right and everyone ELSE is wrong, so people talking about the advanced stats (Sabre-metrics) are very pushy, cocky about it all so it’s all “ACCEPT IT OR ELSE  WHY IS THIS SO HARD TO GET!”  Anyway, I figured I’d start a series (so I can get back into this whole writing thing) about the basic sabre stats and get a better understand without coming off as pushy so it can be understood why people use these numbers and why they’re good for the sport.  First up- On Base %

The simplest of advanced statistics.  What OBP is, in essence, is just Batting Average with Walks/Hit by Pitches and Sacrifice Flys included.  The idea is that you did SOMETHING at the plate, why shouldn’t it be counted?  As the name implies, it’s based on percentage.  For a single game if a batter gets 4 at bats, gets 2 hits and walks once, it’s a .750 OBP for the game.  .330/.340 is probably the average, anything above .375 is pretty good.  In the terms of straight “getting on base” perspective, a walk is the EXACT same thing as a single.  The only variable is if someone is on base.  Which at least 9 times per game (sometimes 8) is not the case.  If anything, this is the most “agreed” upon stat between the stat-heads and the traditionalists.  It’s easy to make sense of and it doesn’t get too complicated or in depth and most stadiums post the OBP on the big screen for a batter’s plate appearances and TV stations show it as well.  It’s a good “foot in the door” statistic.

The biggest “con” of this stat is that like batting average, everything is weighed the same.  It just goes over how often a person gets on base… there’s no measure on what the hit was, if runs scored or anything like that.  But that goes into the simplicity of the stat.  Still it is a more complete stat then batting average.

Right now, the highest single season OBP for someone with a full season of AB’s is Barry Bonds at .609 in 2004.  For perspective, Justin Morneau leads in the league in OBP this year at .437.  So, to put it in perspective, Bonds got on base 3 out of every 5 times he went to bat… for the ENTIRE SEASON.  The all-time career leader is Ted Williams at .481 which is probably crazier, as that’s someone who gets on base almost half the time he went to bat for an entire career.  The active player with the highest OBP?  Todd Helton of the Rockies.  Unexpected, huh?  But Helton has been pretty under-rated his whole career, usually was top 5 in BA every season and I guess he walked a lot too? 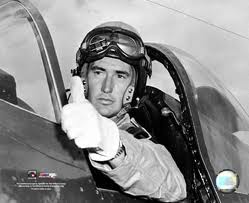 Teddy Ballgame droppin bombs and not gettin out 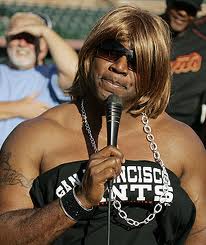 So, baring the reaction to this my next venture will be to Slugging and On Base Plus Slugging.
This entry was posted in Features, Sports and tagged baseball, math, statistics, transvestites. Bookmark the permalink.